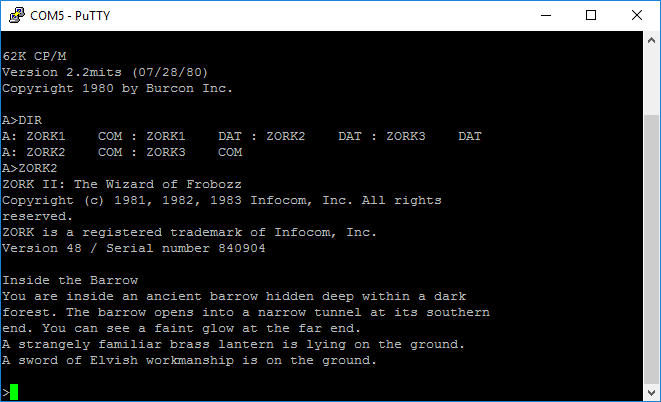 While not developed specifically for the Altair 8800, Zork was created for many operating systems including CP/M, which runs on the Altair.