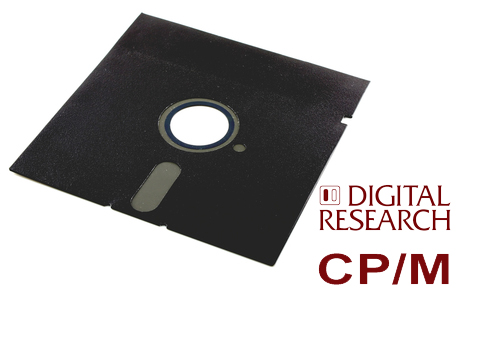 CP/M (Control Program for Microcomputers) is an operating system created in 1974 for Intel 8080/85-based microcomputers by Gary Kildall of Digital Research, Inc. It dominated personal computers from the mid 70’s into the early 80’s, and was dealt a killing blow when IBM decided to use PC-DOS (MS-DOS) as their default operating system. The last release of CP/M was in 1983.

A few things to try:

Type “DIR” to get a directory from the disk.